Hello and welcome to the fourth instalment of the q continuum! The name's Piero Manchego-Badiola and I will be giving our fearless leader a break this week in order to talk to you fine specimens about Canadian comic artist Kate Beaton and her webcomic series, Hark! a Vagrant. Kate Beaton has been drawi--what's that? Not too sure what webcomics really are?…Comics on the web? But it is so much more than that, and webcomics have such an interesting upbringing! Lets take a quick look into the short history of this young, and thriving, internet-dependent, artistic genre, yeah?

Emerging as early as the mid-1980's, the style and format of many webcomics ranges from the more traditional 3-4 panel size gag-strips found in the 'funnies' section of your local newspaper, to the page layout style of manga, comic books and graphic novels, although some artists practice wide-ranging forms. The mid/late 90's saw a large emergence of webcomic activity, Rogues of Clwyd-Rhan, Argon Zark! and Penny Arcade, to name but a few. Most webcomics are updated a couple of times a week, but some sites update as often as every day to as little as once every couple of weeks.  The malleable format and style of webcomics also open doors to many experimental methods of storytelling and grant the creator artistic freedom in how they want to present their art.  The term 'infinite canvas', coined by Scott McCloud, an influential pioneer in the world of webcomics, refers to how artists 'are free to spread out in any direction indefinitely with their comics', rather than remaining confined to normal print dimensions. Scott McCloud mentions how, 'today, most webcomics are short gag strips and most long-form comics are page-by-page formats that look a lot like their paper counterparts…but with the advent of multi-touch displays, increased bandwidth, and increasingly efficient javascript engines on the way, we may yet see these issues resurface in the coming years.' (2009) It becomes abundantly clear that webcomics have the innovative potential to further evolve as an art form, constantly reinventing a genre which moves beyond simply making you chuckle. If you want to learn more about webcomics, or comics in general, check out McCloud's 'Understanding Comics' (1993) and 'Reinventing Comics' (2000), or peruse his informative website for a creative and interesting explanation of comics and their emergence in a digital environment.
Back to Beaton…Kate originates from Cape Breton, Nova Scotia and has steadily grown a reputation in the Canadian webcomic community. After working in a maritime museum in Victoria, she met Emily Horne of a softer world and was encouraged by many of her friends to post her growing stack of comics online. In 2007 she uploaded them through her livejournal and her online site, slowly gaining a devoted following with her comical depictions of historical events, 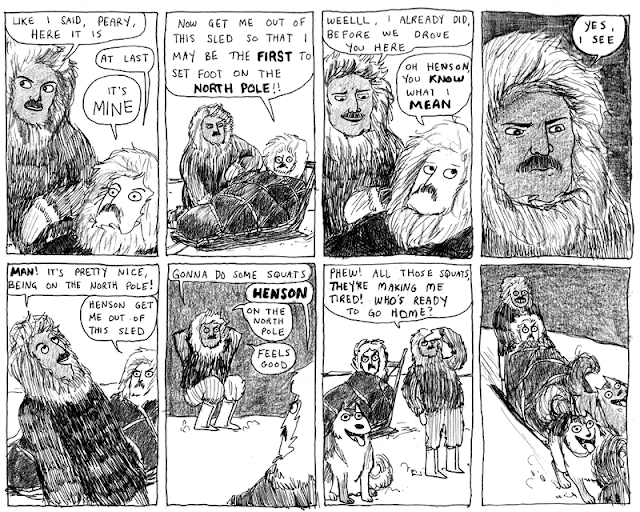 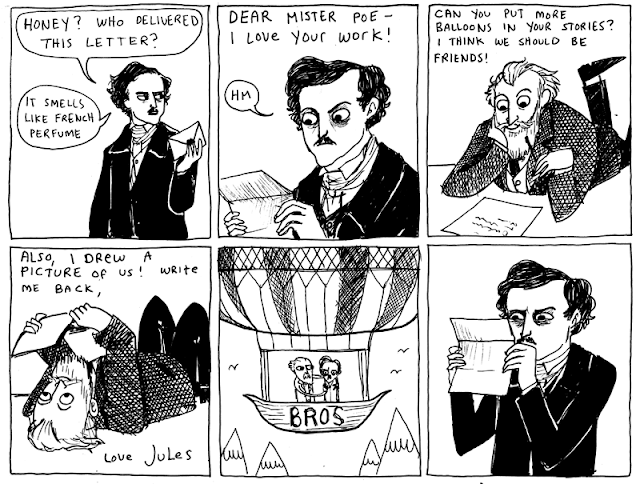 and some comics that only Canadians can fully appreciate: 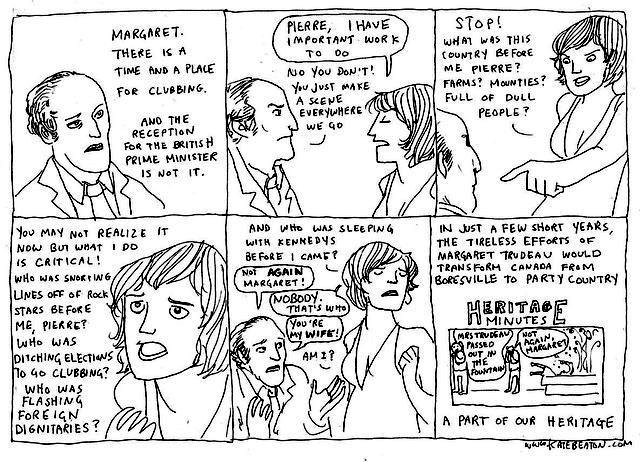 As I have pointed out, Beaton's work is varied and does an excellent job of blending history with contemporary culture, serious events with humorous dialogue. I will even go so far as to say that she makes learning about history FUN, presenting it in an engaging manner which prompts one to look further and perform research on a historical military figure, or learn more about a iconic expedition to the North Pole. Beaton's Gorey Covers, Teen Comics, Nancy Drew, MS Paint and Younger Self are other eclectic examples of her work, popping up in between her more history-based comics throughout the years. Her myriad collection of influences cannot be summed up into any definite terms, but it is clear that some elements of her maritime childhood and Canadian identity show through her work, as seen in this heart-warming example.
Beaton's work has been nominated for several awards, including the Harvey Award in 2010 and the Joe Shuster Awards in 2009 and 2010. Beaton's self-published 'History Comics' won the 2009 Doug Wright Award for Best Emerging Talent and in June 2009 she released a book titled, 'Never Learn Anything From History' (which I own a signed copy of..!). Her work has also been profiled and showcased in various magazine publications, including The New Yorker. (Before you link off and start clicking through her archives section, keep reading a bit more to find out about some interesting webcomic-related stuff.)


I would also like to point out how, in many cases, webcomic artists have formed together to create online/offline communities in which they support each other and develop together. One that comes to mind is TopatoCo. Although this is a link to their online store, they list every single webcomic artist in collaboration with the company and provide links to their webcomic, small blog posts along with selling some pretty choice webcomic-related merchandise. There are many artist/fan based communities which revolve around forums, fan sections and blogs as well--some even serve as suggestions for the outcome of the storyline, if there is one. Sometimes, when artists are too busy attending conventions or are feeling quite sick, other webcomic artists pitch in by producing guest strips ensuring that readers stay content; It is the close-knit sense of community and artistic passion which really shows how, for many of these webcomic artists, it isn't about the money, but about the shared love of the webcomic as an art form. Unfortunately, the webcomic industry is a difficult business to keep up with and I have seen many webcomics come and go due to financial issues, pursuing other projects and time constraints, so donations are always a terrific way of supporting your favourite webcomic, which you read for free in case you forgot.


Lastly, Toronto holds a bi-annual event called TCAF (The Toronto Comic Arts Festival), which 'exists to promote the breadth and diversity of comics, and what is considered comics, as legitimate medium of literary and artistic worth. We seek to promote the creators of these works in their broad and diverse voices, for the betterment of the medium of comics and to reach as wide an audience as possible for them'. Since it's first event in 2003, TCAF has been hosted in various areas around Toronto such as Honest Ed's and the Victoria College Building on the UofT campus, but has currently found a comfortable home at the Toronto Reference Library. Admission is free, you can go and chat with your favourite comic artist (Kate Beaton will be attending as well…!) and with over 10,500 attendees accounted for at last year's event, that number is expected to grow due to the increasing popularity of webcomics, and comics, in general.
Some really, REALLY, good (and diverse) webcomic suggestions you might want to check out:
http://www.pbfcomics.com/
http://www.multiplexcomic.com/
http://www.picturesforsadchildren.com/
http://www.qwantz.com
http://www.creasedcomics.com/
Thanks for sticking around and look forward to the fifth instalment of the q continuum on March 11th!
Posted by dead (g)end(er) at 8:39 PM