dg presents -- ENVRMNT : a night of eco-art and lit 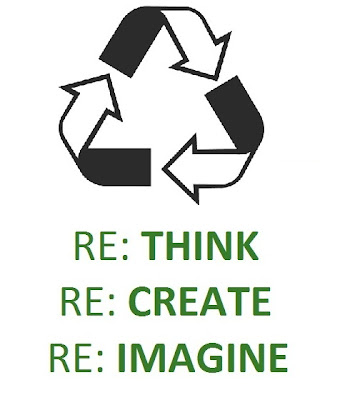 to celebrate the successful release of dg's first issue, we decided to party in ecological style.
come on out and celebrate the environmental arts and sciences!
come on out and celebrate the greatest artist of all time: Mother Nature :)
the event is goin' down at the Niagara Artists' Centre (354 St. Paul Street, St. Kitts, Ont.) on Friday, July 22nd, 2011.
doors open at 7pm; presentations and readings begin promptly at 7:30 :)
featuring--
enviro-lit readings by:
angela rawlings (via satellite from Iceland)
Adam Dickinson
John Terpstra
Omar Mosquera
Piero Manchego-Badiola
a special presentation on visual environments by Professor J. Keri Cronin!
visual art/video displays by:
Barsin Aghajan
Courtney Michaud
Dan Manchego Badiola
Adrienne Crossman
and more!
indie-environmental group D.I.G will be on-site promoting their cause for building more community gardens, and-- weather pending-- selling some awesome plants  :)
recycled screen-paper will also be available thanks very much to artists Mike DiRisio and Vic Mucciarone!
dg will be providing delicious (all-vegan) treats from Rise Above Bakery!
this is a donate-what-you-can, licensed event.
*ALL DONATIONS go directly to the second-issue of dead (g)end(er)!
GO HOMEGROWN

reader bios:
a.rawlings is a Canadian poet and multidisciplinary artist. The recipient of the bpNichol Award for Distinction in Writing (2001), angela has worked with many arts organizations, including The Mercury Press, Lexiconjury Reading Series, Theatre Gargantua, and the TV series Heart of a Poet. She also instructs text and sound workshops for the Toronto Public Library, Learning through the Arts, and Ryerson University.
Working with derek beaulieu and Jason Christie, angela co-edited Shift & Switch: New Canadian Poetry (Mercury, 2005). Her first book, Wide slumber for lepidopterists (Coach House Books, 2006), was featured in The Globe and Mail’s top 100 books of 2006; it went on to receive an Alcuin Award for Design and was nominated for the Gerald Lampert Memorial Award. Wide slumber was recently translated from page to stage for Harbourfront Centre’s Hatch: Emerging Performance Projects in Toronto.
angela is currently researching sound, text, and movement, with special emphases on vocal/contact improvisation and acoustic ecology. She lives in Toronto.

Adam Dickinson was born in Bracebridge, Ontario. His poems, articles, and reviews have appeared in a number of literary journals and in anthologies such as Breathing Fire 2: Canada's New Poets, and Post Prairie. He has poems forthcoming in The Echoing Years: An Anthology of Poetry from Canada and Ireland, and in The Shape of Content, an anthology of creative writing in mathematics and science. His first book of poetry, Cartography and Walking, was published by Brick Books in 2002 and was short listed for an Alberta Book Award. The collection that became this book won the 1999 Alfred G. Bailey Prize from the Writer's Federation of New Brunswick for the best unpublished poetry manuscript. His second book of poetry Kingdom, Phylum was published by Brick Books in 2006 and was a finalist for the 2007 Trillium Book Award for Poetry. Adam is currently professor of poetics at Brock University in St. Catharines, Ontario, where he teaches poetry, creative writing, and literary theory. He also co-edits the literary journal PRECIPICe.

John Terpstra has published seven books of poetry, including the CG-nominated Disarmament (2003) and the Bressani Award-winning Forty Days & Forty Nights (1987).
He is also an acclaimed prose author. Falling Into Place (2002) is his creative investigation of the Iroquois Bar, the geological formation that supports one of Canada's busiest transportation corridors.
Most recently he published The Boys, Or, Waiting For the Electrician's Daughter (2005), honouring the lives of the wife's three brothers, each of whom lived with muscular dystrophy until their early twenties. The Book was shortlisted for the Charles Taylor Prize and the BC Award for Canadian Non-Fiction.
John Terpstra lives in Hamilton, Ontario, where he works as a writer and cabinetmaker.
*more bios to come :)
Posted by dead (g)end(er) at 3:25 PM