we couldn't be more grateful for having received two wonderful sponsorships from two wonderful and independently owned Niagara organizations-- Bang On Hair Salon and IndoorShoes Record Label.
thank you so much to Bang On and IndoorShoes for their amazing support in helping to create issue three, and keeping dg NIAGARA OWNED!

Bang On Hair Salon is a groovy little salon in downtown St. Catharines located at 142 St. Paul Street!
it's run by one of the coolest people I've ever met! Bang On even displays new work by artists on the walls :)
you can make an appointment at Bang On by calling (905) 682-9690-- they're open every day but Sunday!
feel free to toss them an email any time at bangonhairsalon@gmail.com! 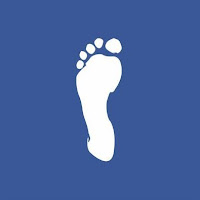 IndoorShoes Record Label is quintessential Niagara-- independent, creative, and forever dedicated to the local scene. the folks at IndoorShoes have been working their butts off to find and feature only the coolest up-and-coming musicians.
they've released albums by such Niagara favourites as Elk, Kaptur, Howler, The Heavy Dream, and Waterbodies! but, they don't just release records, they also put on shows-- bringing awesome well-known bands to Niagara, and promoting new local talent!


thank you so much again to Bang On and IndoorShoes!
please support our sponsors by throwing them a thank you online, or in person--
we couldn't have created such a great issue without their help!